Update on our movements

We've been busy lately.....we have just recently sold our property "Anabank" - our home of nearly 30 years. We settle next month, so I'm going to leave that discussion until after settlement.....but needless to say, life has been busy with tidying and packing and of course looking for a new home. A new home that we haven't found yet.

So between trips between Cherhill, Aramac and Anabank, Baralaba and visiting family down the Sunshine Coast and Rockhampton, things have been hectic. We are back at Cherhill now and after three weeks away it was lovely to see my garden still surviving and thriving. The wicking beds over at Fortuna are amazing! I can't believe how much food is growing in the pods. I was over there today doing some gardening, planting more seeds, some of which I bought in Barcaldine the other day that had been grown and saved locally in the area. 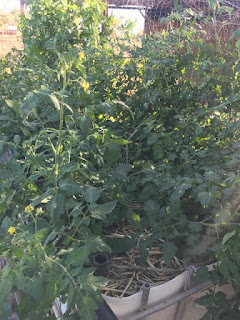 Tomato bushes have gone crazy - still green but not too far off. 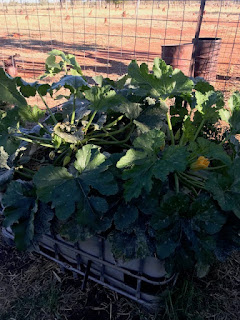 Zuchini's have been bearing fruit for quite a while. They have that mould on them, which I always thought was from overhead watering. These certainly aren't overhead watered, so need to re think that one. 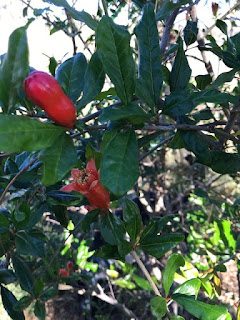 Pomegranate tree at Cherihill is flowering. 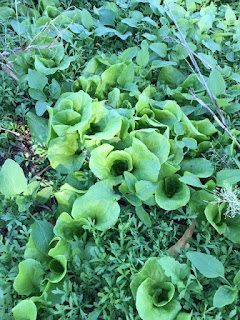 I came back to find a large area in the Cherhill garden full of self sown lettuce - wonderful! 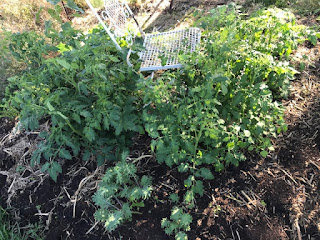 My tomatoes are only just flowering. These (and the ones at Fortuna) were grown from seeds saved from Anabank. Last year while we were away, Chloe kept some seeds from tomatoes that had self seeded in the chookyard. They were originally from tomatoes from our neighbours. I love the continuation of gardening that you get when you start saving seeds. 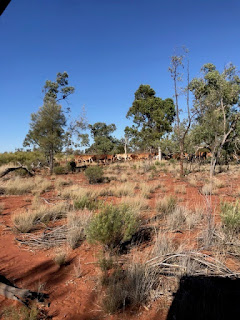 Today found us mustering a mob of cattle on Fortuna. Time to do another branding and weaning. The weaners have been trucked to Cherhill this afternoon, so I'm sitting here listening to their bellowing. I went in one buggy and Kim and his 94 year old mother went in another. Nina on a quad and Edmund on a two wheeler, with five dogs, made up the  remainder of mustering team. 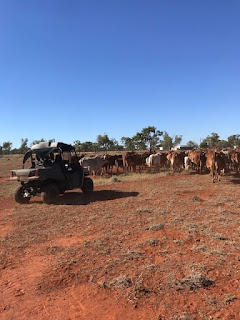 Recently I started a "weekly" newsletter. I use inverted commas, because I've been a bit slack over the last couple of weeks. I will be doing one again before this weekend coming. Basically I'll be sharing a recipe of something I've cooked that week. It maybe something I've made up myself or a recipe I've found on line. Last newletter I did, I shared the recipe for this slice. It's a delicious healthy snack that I've now made quite a few times. I found it in my sisters Donna Hay recipe book, but I also found it online, so I did share that link. I've made it again today with a mix of apricot and dates and used some different nuts. If you want to sign up for future emails, and you should be able to go back and look at old ones too, please do so at this Link 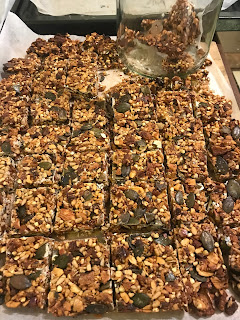