A new year with a holiday to start it!

Holidays are crucial to one's wellbeing! We've just had 2 weeks away (actually a fraction over) and it was so good. The kind of holiday I like is one where I get to do a lot of not much, and this was one of them. We caught up with Kim's family and spent lots of time reading, resting, eating and a little shopping thrown in for good measure. The only time I buy clothes is when I'm on holidays. Is it because I have the time or because I let myself spend money, but for whatever reason, it's a fun thing to do when you are relaxed!

We arrived home last night to a lovely roast dinner cooked by Edmund and when he asked if I brought any greens home I said "did anyone ask me too?" I never gave it a thought. But there was just enough daylight to brave the long grass in the garden and see what was still alive. In fact there was a lot still alive, because the boys have been watering. They have also been mowing, but just not weeding. I found a couple of New Guinea Beans. My first ones - I think I need to pick them a little smaller in future, but they were tasty. 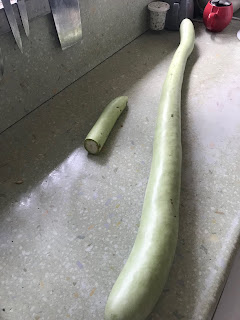 This morning my first job was to get the cows in as the milk was finished - Edmund did milk while we were away, and even made yoghurt! Anyway, 2 hours later I managed to get a litre of milk out of one cow so that Kim could have a coffee! 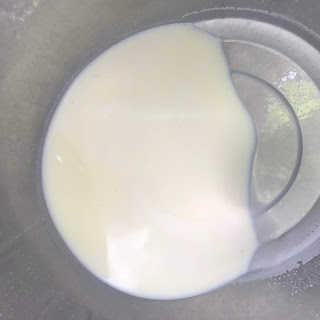 My cows seem to be enjoying the green grass along the creek and like to tease me by hiding in places that I can't get to on the quad. I locked the calves up so that I'll get plenty when I milk later today.  Then Maitland the breakfast chef worked his magic and it was so good - home grown bacon and eggs - oh how I've missed our own meat! 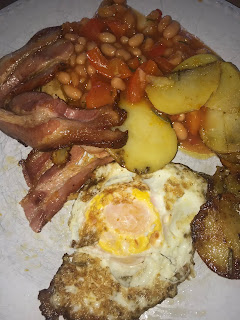 It's been hot and dry since we left so I was expecting to come home to brown, dry grass, but there's still some green left, so I really hope it rains soon to keep the grass going.  There's been heaps up north Queensland, so hopefully we'll get our turn soon. 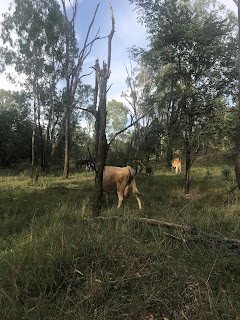 It's back to real life now with lots of farm and office jobs and hopefully some time to tidy the garden and find out what else might be lurking out there!