Well, I think winter is over! We've had about a week or two of cold weather - that's up on last years few days! It's crazy really, because it can get very cold here, but lately it's just been getting warmer. Or am I learning to cope with the cold weather better? All I know is that I wish it would stay like it is now! Unfortunately, within the next month or so, summer will be back Queensland has 3 seasons of summer and a very short winter season!

I finally got my garden going at the beginning of winter, so it's lucky that it hasn't been so cold. I've got tomatoes flowering, eggplants and capsicums are growing well and my cabbages look fantastic! They are just starting to heart up, and so far not too many bugs! I was very late getting them in, but it's so hard here because we go from summer to winter almost within a week. Winter is my best growing time! It's about the only time of year I can grow lettuces, so we've been eating them out of the garden for ages, as well as spinach, silverbeet, bok choy and some other Asian greens that I can't remember the name of - they are the ones in the photo that just bolted almost as soon as planting them. No bugs during winter on them, although the kale has been decimated. 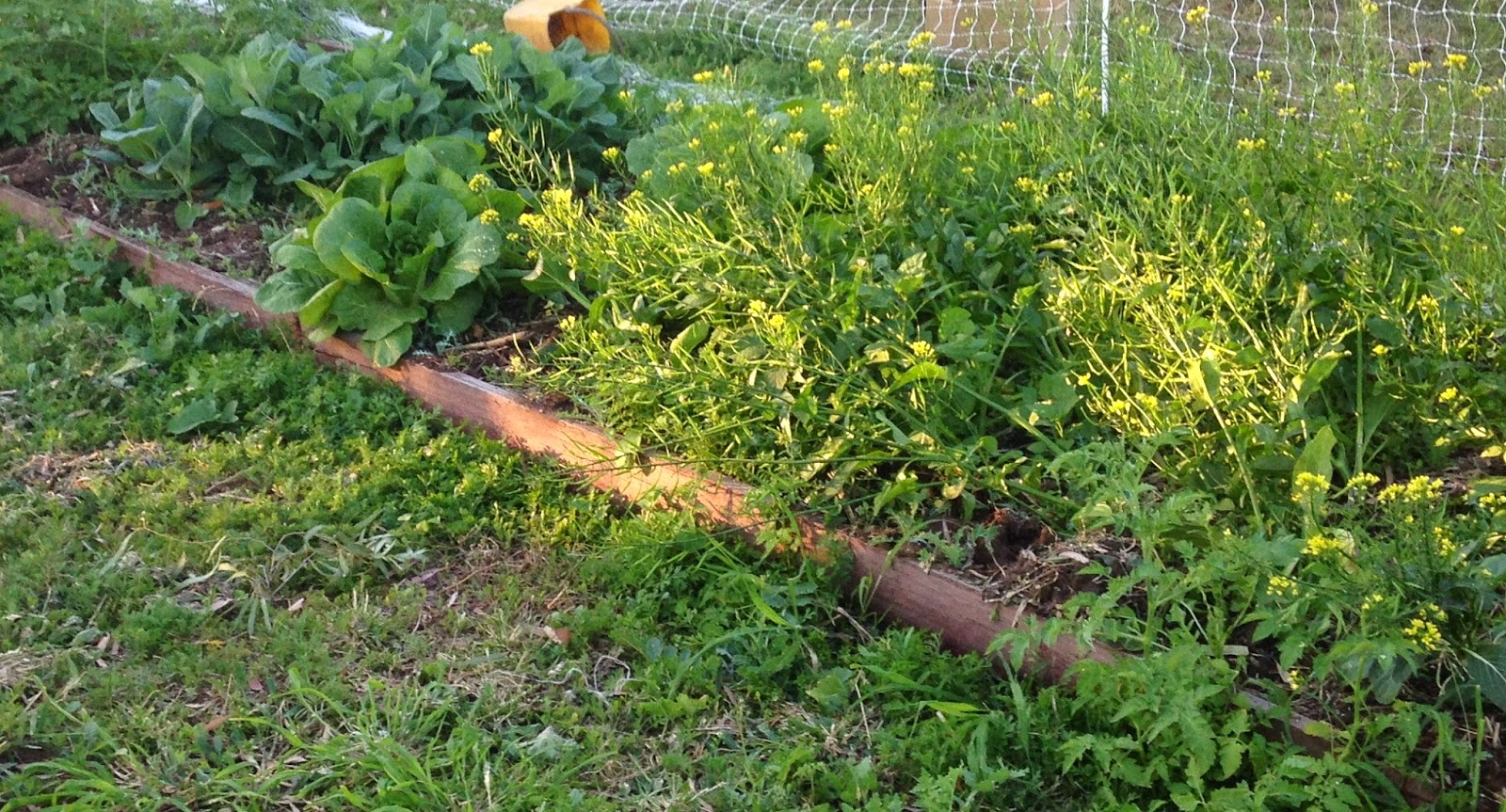 The chickens are laying finally! We've had backpackers here for months saying that they just can't understand why we have so many chickens when we get so few eggs! We've gone from about 2-3 a day to 15-17. It's great! So tonight I've been baking. Made icecream using 6 egg yolks, the whites went into a double batch of Macadamia Bread (almond bread), and 4 went into a lemon and ginger syrup cake. 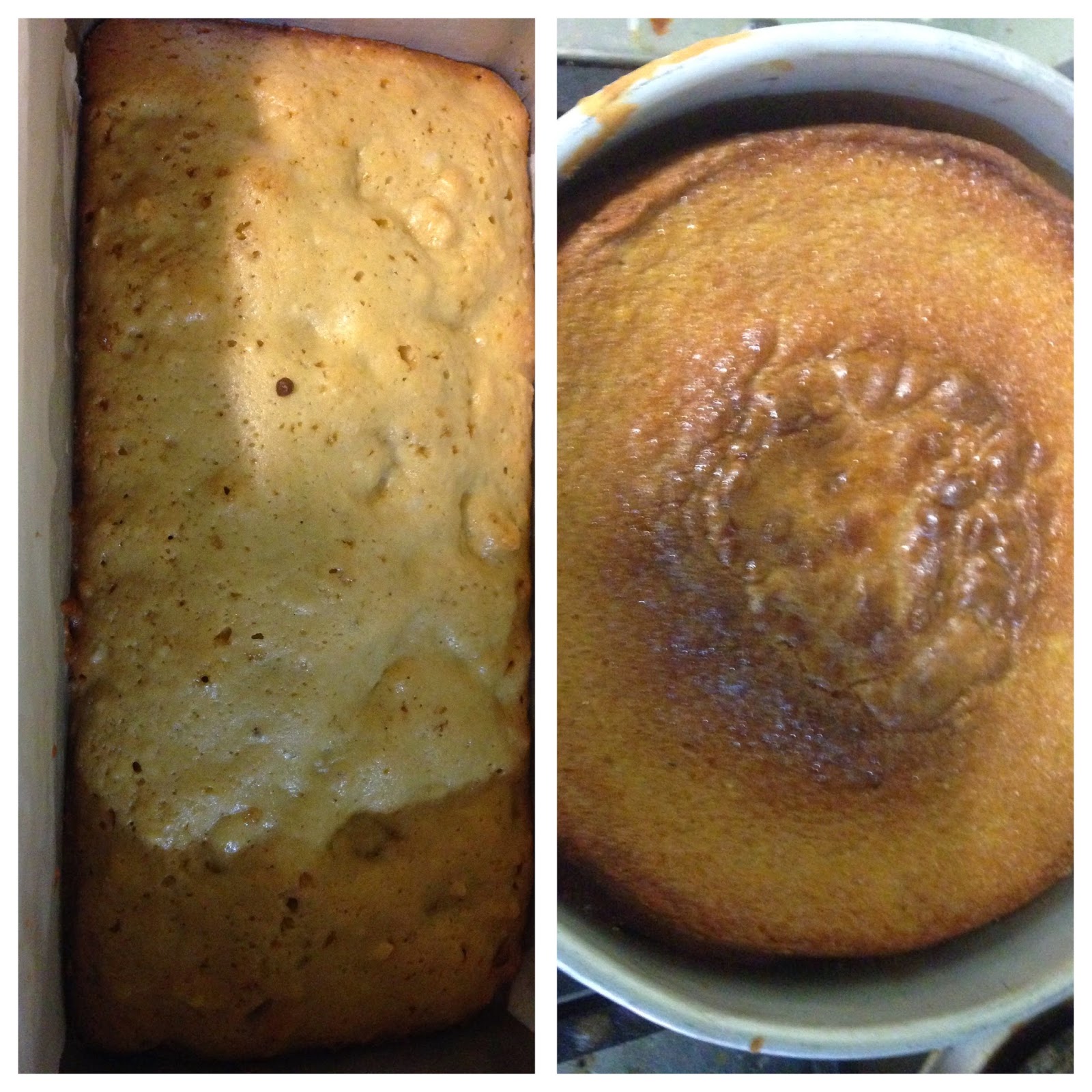 We also have chickens every where! One of the problems with having so many chickens is that they tend to reproduce very easily! Which is great - we have about 6 roosters caught which we'll process one afternoon very soon. There's probably another 6 that I can't catch! I'm not really sure where they are roosting - I think it's in one of the pig paddocks.
My milkers are also reproducing! This cow was one I bought out of a dairy quite a while ago. She's not a young cow and this is the first time that she has been able to keep her own calf! It's lovely to see that the bonding is completely natural and something they just know! In a dairy the calves are taken off their mothers within the first few days. Any bull dairy breed calves they don't won't are usually put down and they only keep the heifers or beef breed calves. It's a tough world on a lot of farms! 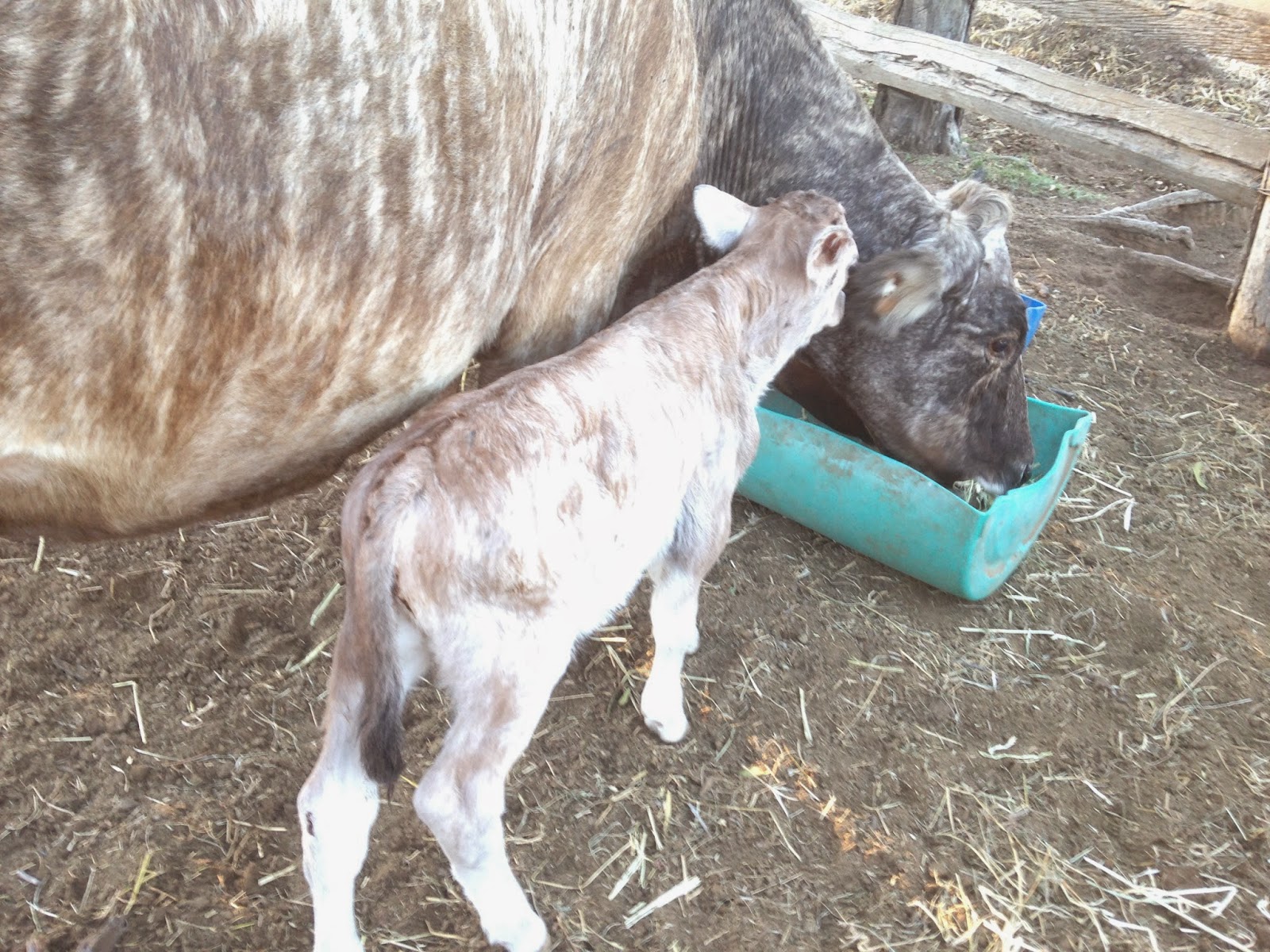 But life on our farm is pretty good - well, except for one bad day! These baby goats are our latest ones. We are building a very nice little herd now. These are quite adorable - I love watching the goat kids play - they play chasy like human kids! One will chase the other and then they swap around! 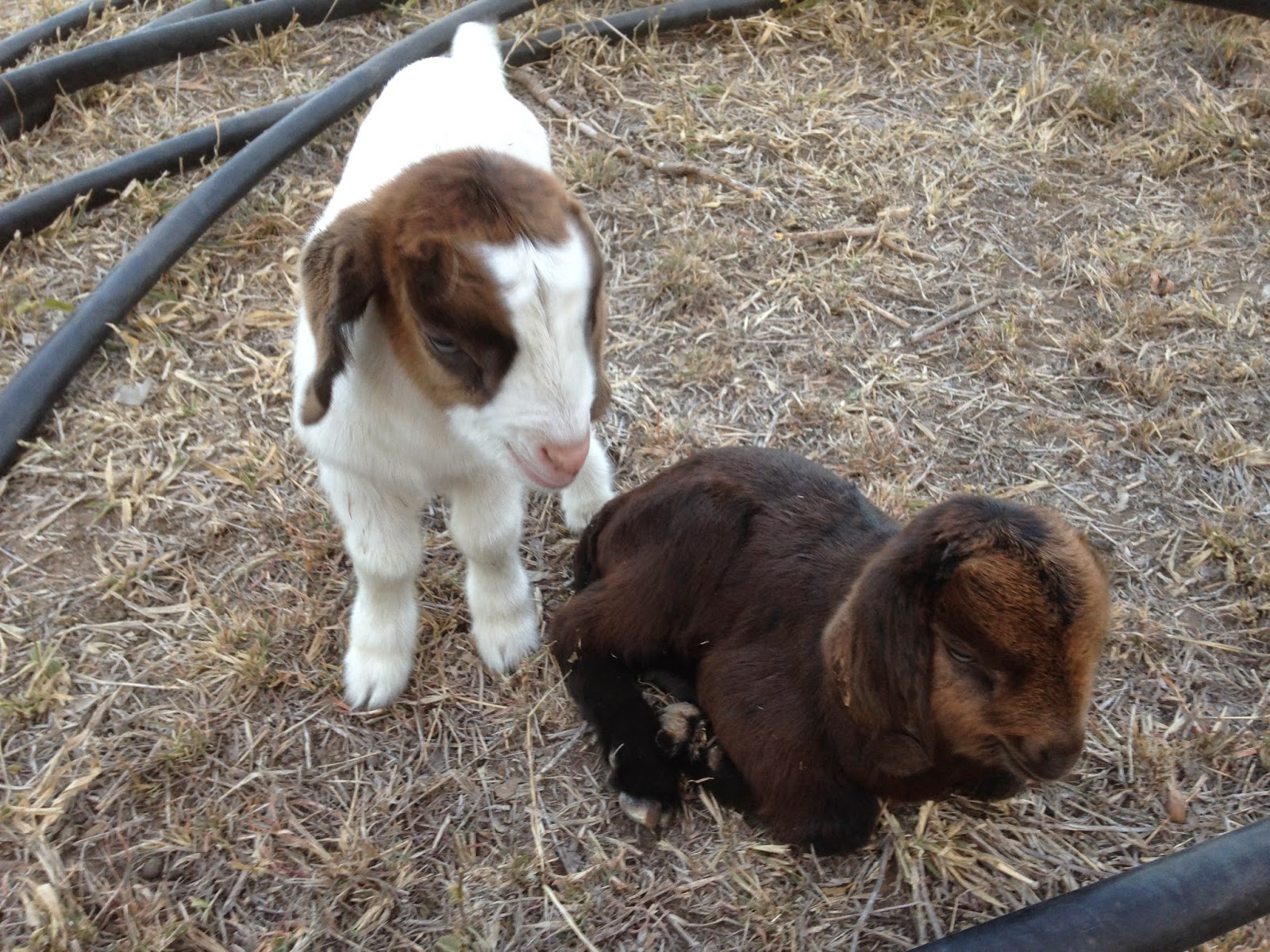